The Hundred Days project has just passed the two thirds point and I thought it would be another good moment to reflect on some of my favourite comics from the last 33 days. 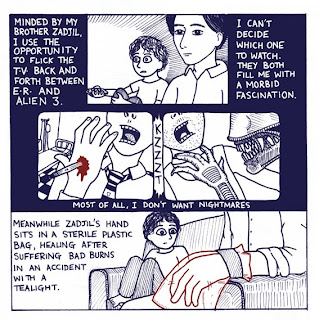 Above: Sometimes memories just spring to mind out of nowhere as I sit staring at the blank page.  This was one of those, a memory that's often recalled, unexpected but fondly received.  As the weeks have passed I've tried more and more to experiment with the layout of my page, but it's only ever possible when time allows it. It's interesting to look back too at how what I'm currently reading informs my illustration, and there's more than a hint of Alison Bechdel in this piece. 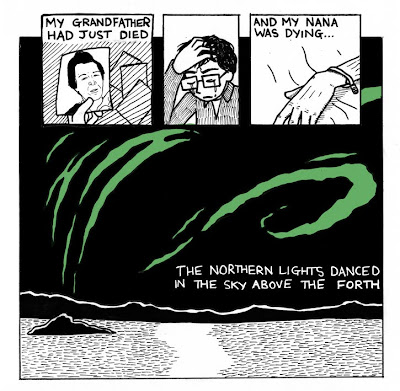 Above: This was a memory I knew I wanted to deal with right from the start.  I guess that day it just seemed like the right time.  Setting pencil to paper, I knew that the chances of this working were pretty low, what with the challenges of capturing awesome natural beauty with my limited skill.  I decided on a simple visual technique in the end, less realistic, more expressive and suggestive. 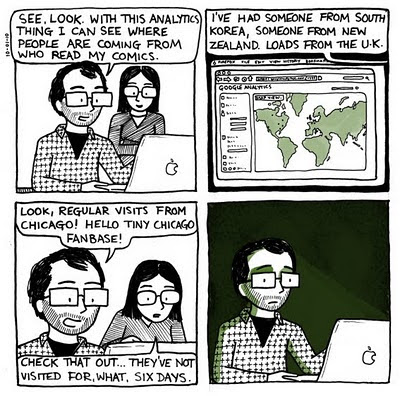 Above: Something I've wanted to avoid is becoming too self-reflexive with the strip.  For me, a comic commenting on itself closes itself off from being universally interesting, and limits its significance in the longer term.  But when an act like drawing an autobiographical comic becomes such a big part of your daily life, at times it needs to be commented on.  I only hope that I haven't crossed that invisible line and stepped too far into self-reflexivity. 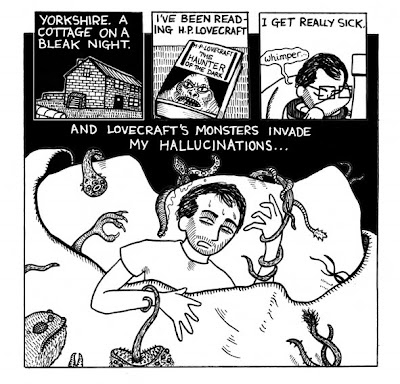 Above:  Some comics are a joy to draw.  There's not that many opportunities to draw slimy, creepy monsters in an autobiographical comic, so when that gift presents itself, you have to just go with it.
at 15:02

Grow
- You can read an excerpt of my autobio comics about parenting here.