The Professor and the Trypanosome. 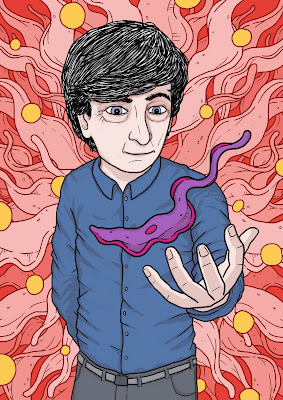 I just recently did a portrait of a retiring professor who studies some of the parasites I covered in the Parasites! comic.  This was the first image I've ever drawn entirely in the computer, using my new Intuos tablet. 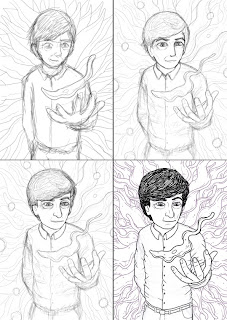 I set the Photoshop pen up to draw like a pencil, before going on to 'ink' the image on a separate layer once I was happy with my pencils.  Using the techniques I use to draw on paper I was able to achieve a piece of work as good as, if not better than I would normally produce through drawing on paper and later scanning into the computer.