I recently finished a really fascinating project working with men who have been through the Scottish prisons.  Part of the project involved a set of collaborations between three of these men and three different artists to create comic book stories that shared their experiences of getting out of prison.  The resulting publication was called 'Oot the Digger', prison slang for being out of solitary confinement.

Hearing their stories, these guys face really difficult odds in finding a stable footing on their way out.  It is tragically easy for them to get dragged back into drugs and crime when they face homelessness, a dearth of work and very little support that they trust on re-entering society.  This kind of cycle serves no one, and the project's work was to explore what these men thought would help them stay straight and get back on their feet.  All too often voices like these are ignored, the belief being that people who have been through that kind of thing are not qualified to judge what would help them. In fact the opposite seems true. 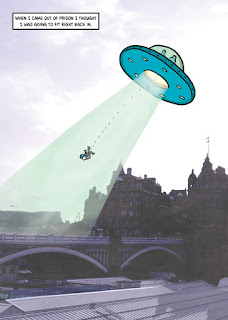 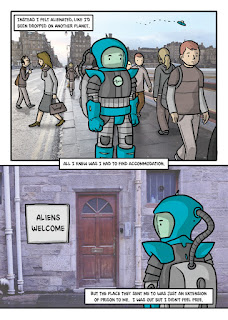 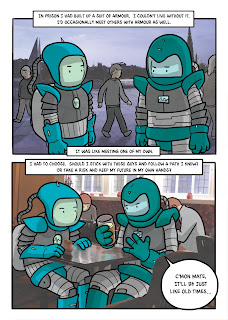 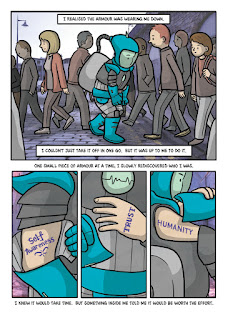 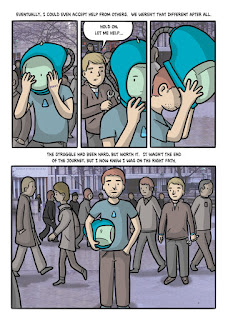 The comic aimed to shine a light on their experiences of how they found themselves in jail and how they managed to make a break from the cycle on the outside.  Myself and Fumio Obata created comics that told the stories of two different guys.  You can see what Fumio did here.


The stories are their own.  These comics will hopefully be included in the release packs of prisoners and may find their way into other places as well.